Sequel to the title for the PS2, Killzone Liberation fails to impress. Set in a gritty version of the not too distant future, Liberation pits the player against both man and machine in mortal combat. The game has potential, but the controls need to be re-done from scratch to cooperate with the unusual 3rd person view. Aiming and maneuvering while firing are unnecessarily difficult and tedious. Considering how much of the game has to do with killing (“Killzone”), the poorly designed controls definitely places a significant damper on game play. 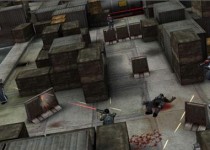 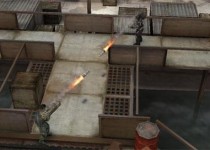 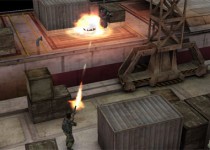 After testing out the multiplayer option, we soon discovered that most battles seemed invariably to occur around the health dispensers. Weird huh? As one person would shoot the other, the injured can easily go fill up his/(or her) health and continue to fight. Guerrilla should have installed a method similar to that of Half Life, temporarily disabling health canisters after each use. A little choppy and very repetitive, the Ad-Hoc didn’t seem to add much to game’s “fun level” as we had hoped.

Overall, Killzone Liberation isn’t an awful game, in fact it’s a decent way to pass the time; it simply fails to reach its full potential. Dull sound effects and undistinguished graphics add to the mounting disappointment. However, this was was a “preview review”, so the possibility remains that more in-depth play of the full version may lead us to a different conclusion. As of now, we don’t plan to be rushing out to get a copy on Halloween.