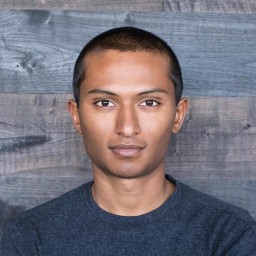 Sahas Katta
Founder
Email: sahas@skattertech.com
Website: https://smartcar.com
My Stats: 748 Articles (RSS)
Since I wrote my first few lines of HTML at the age of 11, the internet became my new home. I began blogging in 2004 on http://sahaskatta.com and I decided to launch Skatter Tech about a year later. Playing with gadgets was a pastime, now it's my job. Setting web-life aside, I'm from the San Francisco Bay Area and a student at the University of California Davis majoring in Computer Engineering. I spent a few months working at TiVo, the company which makes the well-known set-top DVR. I was also an intern at Six Apart, the makers of TypePad and Movable Type. Attending events such as the Consumer Electronics Show is a ritual. I love checking out emerging, innovative, and unique technologies. If you would like to get in touch, feel free to email me. I'm also on Facebook, Google+, Twitter, and plenty of other social networks.
My Articles

Surface Pro: What The Kickstand?
9 years ago
Opinion
2 Comments

I Got My Laptop & A Windows Phone. Both Are Up For Auction. 100% Of Proceeds Go To Charity.
10 years ago
News
47 Comments

I Won The Windows Phone Challenge, But Lost “Just Because”
10 years ago
News
323 Comments

The Next iPad
10 years ago
Opinion
6 Comments