Last week I attended Comic-Con 2010 in San Diego for the first time. Although the event is predominantly for fans, due to my work with Skatter Tech, I had a little extra access to just about everything. The folks from USA Network were kind enough to let a few of us into a private room for interviews with the folks behind Burn Notice, While Collar, and Psych. Since Skatter Tech generally covers tech-related news, I thought I’d throw in a few geeky questions during our interviews.

For those who haven’t seen the show, the lead character, Michael Westen, played by Jeffrey Donovan, creates gizmos for blowing up just about anything with over-the-counter parts. For instance, he constantly uses pre-paid phones to trigger explosives and even has uploaded “Top Secret” data to free file hosting services. I asked Bruce Campbell, Chris Vance, and Tim Matheson a few questions about the creative genius behind these home-made weaponry. It turns out that Matt Nix, the creator of Burn Notice, and a few of his writers generally come up with those ideas. While the show never fully explains the process of making a dangerous gizmos, leaving an element or two out for obvious reasons, they still continuously hear complains from federal agencies.

Anyways, we’ve got a full gallery of photos from the press room and three videos queued up below. Enjoy and let us know your thoughts in the comments! 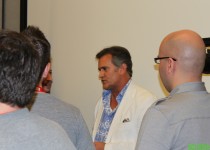 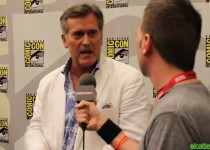 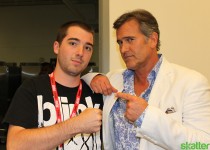 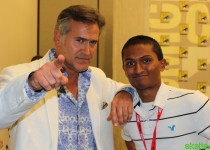 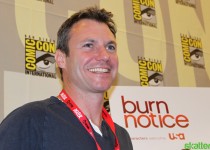 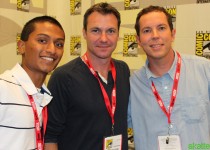 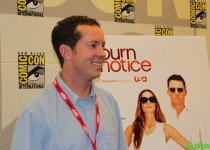 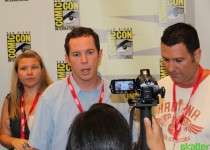 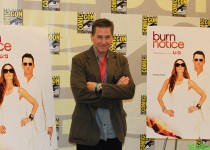